Just 45 minutes of exercise a week boosts the brain power of people in their fifties and over, major new research has revealed. 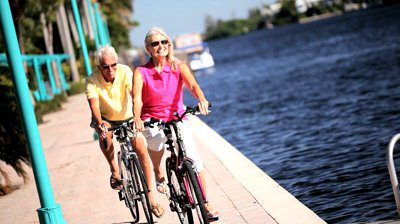 According to new Australian research, published in the The British Journal of Sports Medicine regular exercise improves brain function in the over-50s, regardless of whether someone is already showing signs of cognitive decline – and no matter how much or little they’ve exercised in the past.

Researchers at the University of Canberra analysed the results of 39 earlier studies that looked at the effects of at least four weeks of supervised exercise regimes on memory and thinking skills in older people.

They found that fitness programmes of at least moderate intensity that lasted between 45 minutes and an hour per session showed a significant link to improved cognitive performance. These effects can still be seen in people who only exercise once a week.

The researchers say the more you exercise, the greater the brain-boosting benefits will be.

Joseph Northey, who led the research at the University of Canberra, said doctors should be proactively prescribing exercise as a form of preventative medicine. “It should be moderate, but aiming to get some vigorous intensity in there as well.”